The decisions on the awarding of the “City of Sarajevo Plaque” to Lejla Njemčević, Edina Selesković, Mladen Solomun, Lana Pudar and Faruk Šabanović and the “Sarajevo Snowflake” award to Luna Jusufović and the group whose members represent the Bosnia and Herzegovina team at the 63rd International Mathematical Olympiad (IMO) were adopted at the 20th session of the City Council.

The decisions on the awarding of the “City of Sarajevo Plaque” to Lejla Njemčević, Edina Selesković, Mladen Solomun, Lana Pudar and Faruk Šabanović and the “Sarajevo Snowflake” award to Luna Jusufović and the group whose members represent the Bosnia and Herzegovina team at the 63rd International Mathematical Olympiad (IMO) were adopted at the 20th session of the City Council. 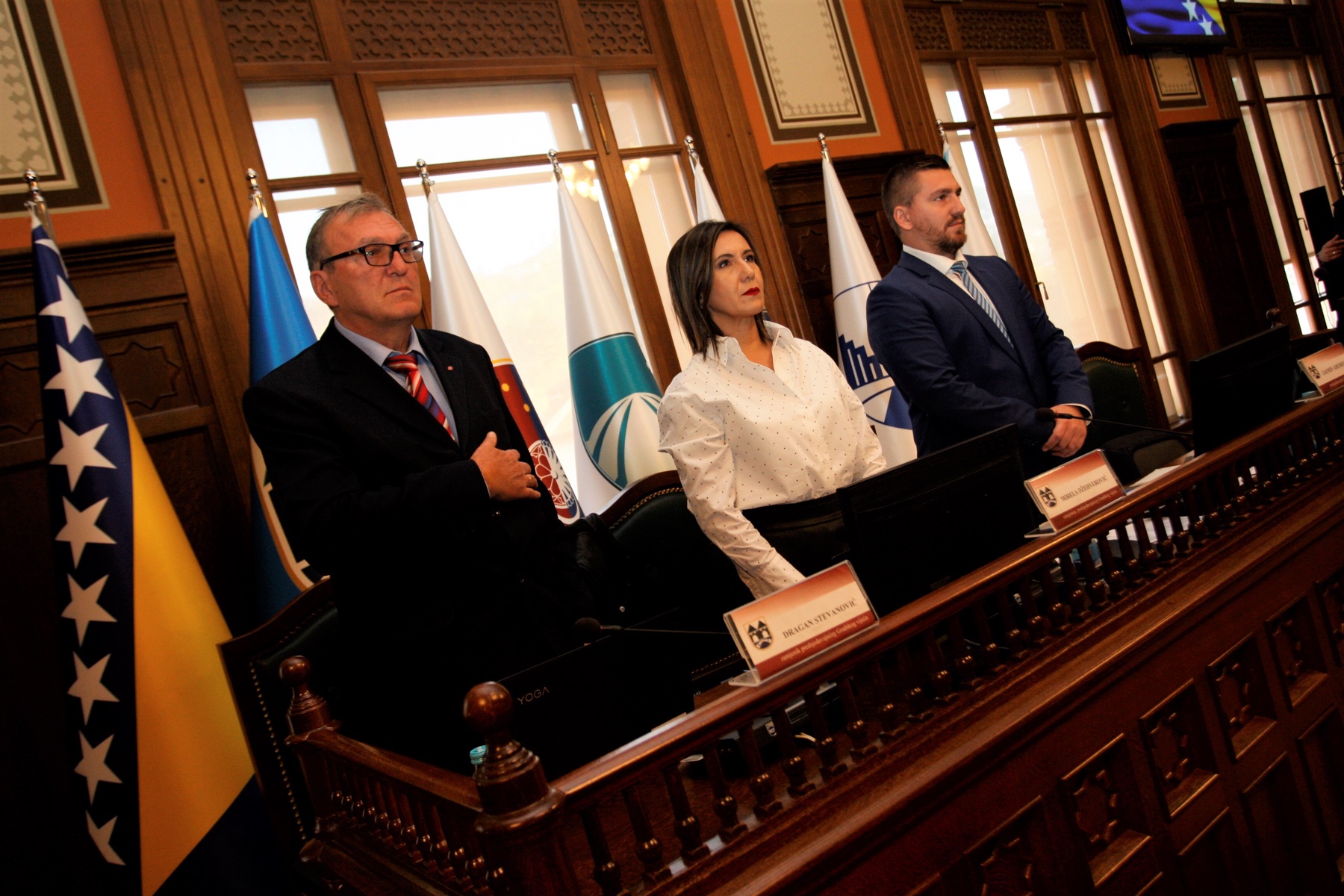 At the 20th session of the Sarajevo City Council, which was presided over by Jasmin Ademović, the chairman of the City Council, the city councilors paid tribute to the members of the Military Police of the Army of the RBiH and the MOI(MUP) of the RBiH who were killed on this day in 1993, during the action “Trebević 2” and to the murdered police officers Adis Šehović and Davor Vujinović, who was killed four years ago in Alipašino Polje, while performing their regular tasks, by reciting the Fatiha and observing a minute of silence. 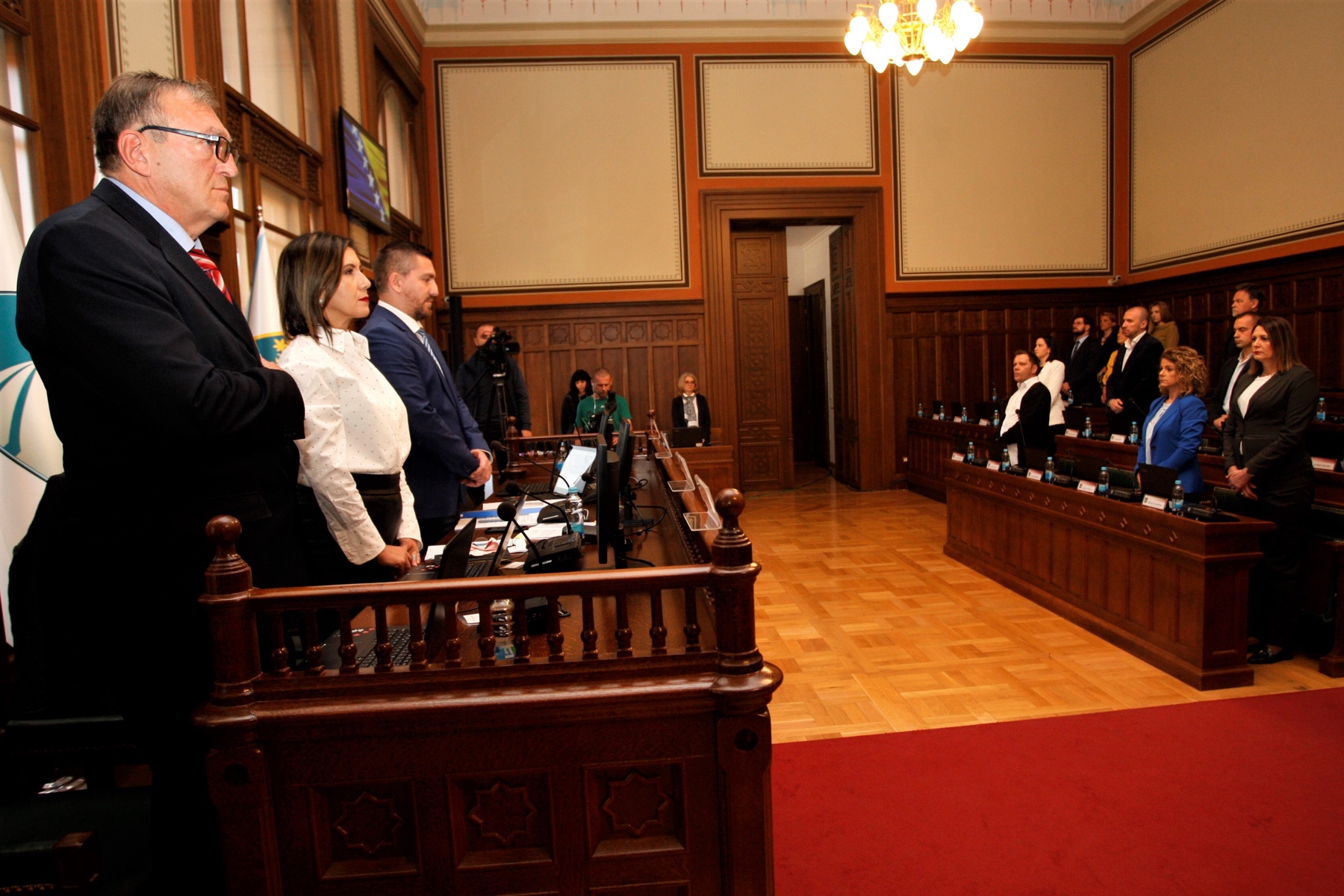 The session began, after the previously adopted agenda, with the decision to appoint the Committee for the awarding of the “Sixth April Sarajevo Award” in 2023, which consists of members of the Committee for Selection and Appointment of the Sarajevo City Council and prominent public officials – prof. PhD Jasmina Selimović, prof. PhD Hadžan Konjo, assistant professor PhD Šahim Kahrimanović, Mirsada Murtić, PhD, Mirza Pašić and Edin Deljkić. With the adoption of this Decision, conditions were created for the constitution and work of the Committee for awarding the “Sixth April Sarajevo Award” in 2023.

After the chairman of the City Council, Jasmin Ademović, acting as a city councilor, had submitted proposals for awarding the “Plaque of the City of Sarajevo” to Lejla Njemčević, Edina Selesković and Mladen Solomun, the Committee for Selection and Appointment adopted the proposed decisions and sent them to the City Council for consideration. Thus, the City Council, at today’s session, adopted conclusions on the awarding of the “City of Sarajevo Plaque” to Lejla Njemčević, the best cyclist in Bosnia and Herzegovina who writes the history of Bosnia and Herzegovina in golden letters of sports, Edina Selesković, an interdisciplinary artist with an impressive international exhibition experience, and Mladen Solomun (DJ Solomun), a world-renowned artist – musician and producer.

The award winners will be promoted, and the Mayor and the chairman of the City Council will present them with charters or diplomas at the ceremony. 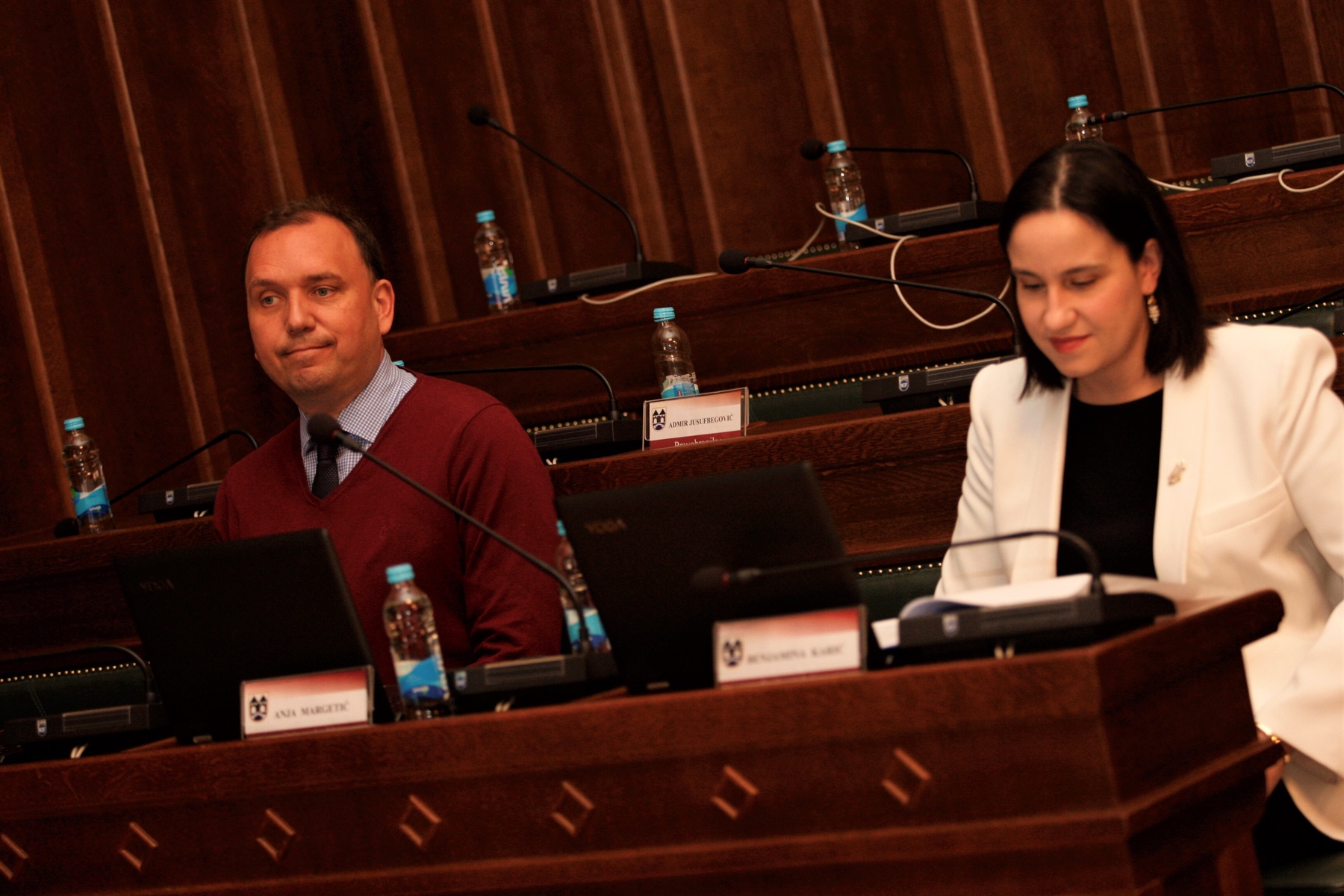 The Decision to give consent for the establishment of the regional Network of Project Teams was also adopted during the session. In this way, the City of Sarajevo will formalize cooperation between nine cities in six countries of the Western Balkans and, for the first time, will be the coordinator of the regional network of project teams. The network is not only going to be used to increase the capacity of cities to attract funds and use available funds, but also for networking and knowledge transfer and to prepare towns for proposing projects based on needs and finding solutions for specific challenges.

Through the report, the city councilors were informed about the implementation of the Decision on the use of the coat of arms, name, and display of the flag of the City of Sarajevo, with the fact that the Committee for Local Business and Tourism, which considered the report in the preparation of the session, in its opinion requested certain additional information and the news, in the content as submitted, it was not adopted.

With its earlier Decision on erecting a monument to the Bosnian king Tvrtko I Kotromanić, the city council defined the location for erecting this monument in the park between the Presidency building and the Sarajevo Canton Government by Elaborate on possible sites for erecting the memorial, that is, with the previous positive Opinion of the Municipality of Centar and the Planning Institute of Sarajevo Canton. However, the Committee for the Preservation of National Monuments gave a negative opinion on the submitted conceptual solution for the proposed location, referring to the Decision on the Declaration of the Historic Urban Landscape. 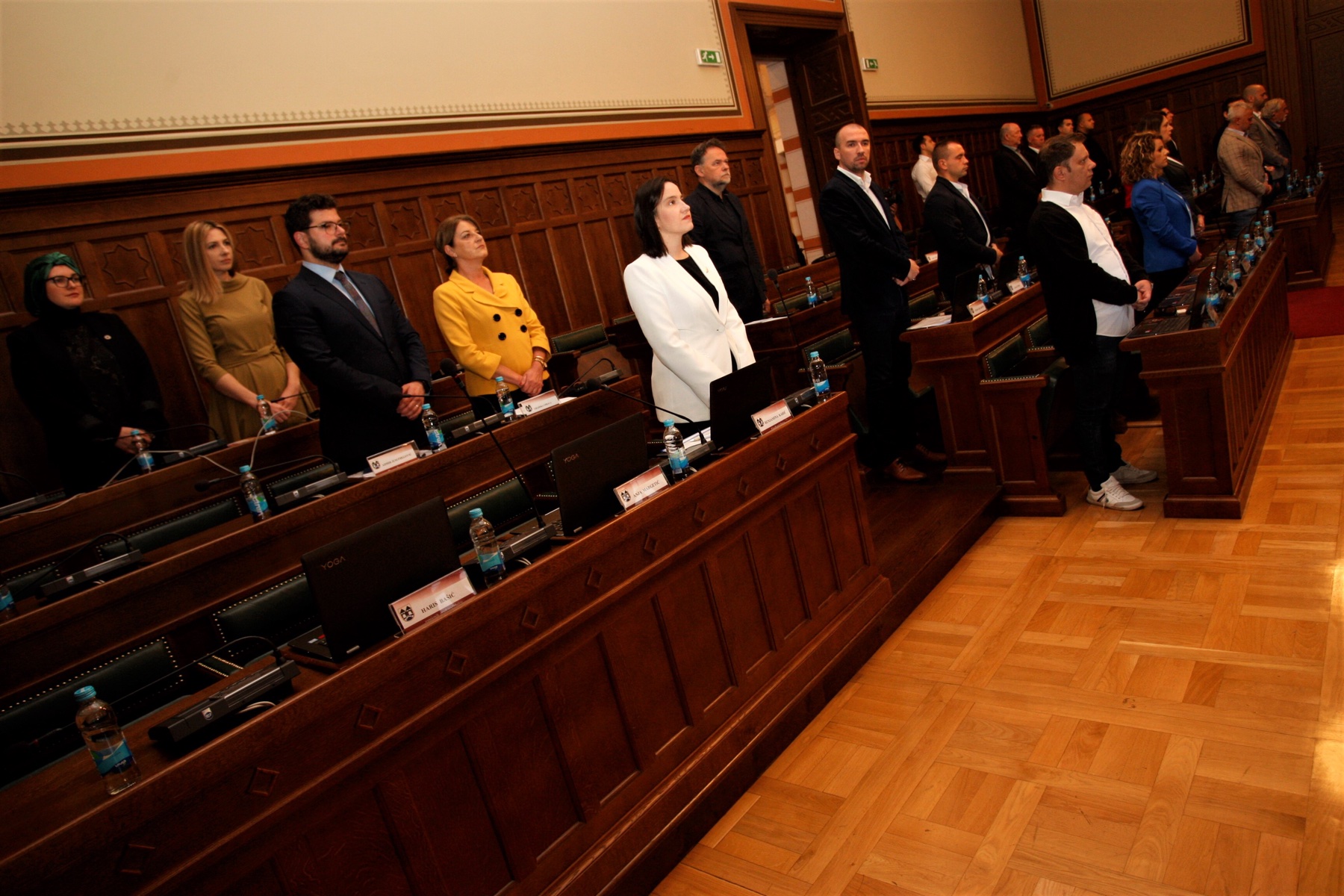 In this regard, at today’s meeting, the city councilors considered the Draft Decision on the amendment of the Decision on the erection of the monument to the Bosnian king Tvrtko I Kotromanić, in which a new location was proposed that is not included in the Decision above of the Committee for the Preservation of National Monuments. The proposed site is located next to a replica of the medieval stećak at Marijin Dvor, which represents the historical period of the Middle Ages, as well as the period of the reign of the Bosnian king Tvrtko. The Draft determined in this way, by the conclusion of the City Council, was sent to a public hearing.

Both considered drafts were submitted for public hearing.

The information on the cooperation and relations of the authorities of the City of Sarajevo with religious communities and churches and the Information on the co-financing of the association’s work for supporting children with developmental disabilities and disabled persons were received. 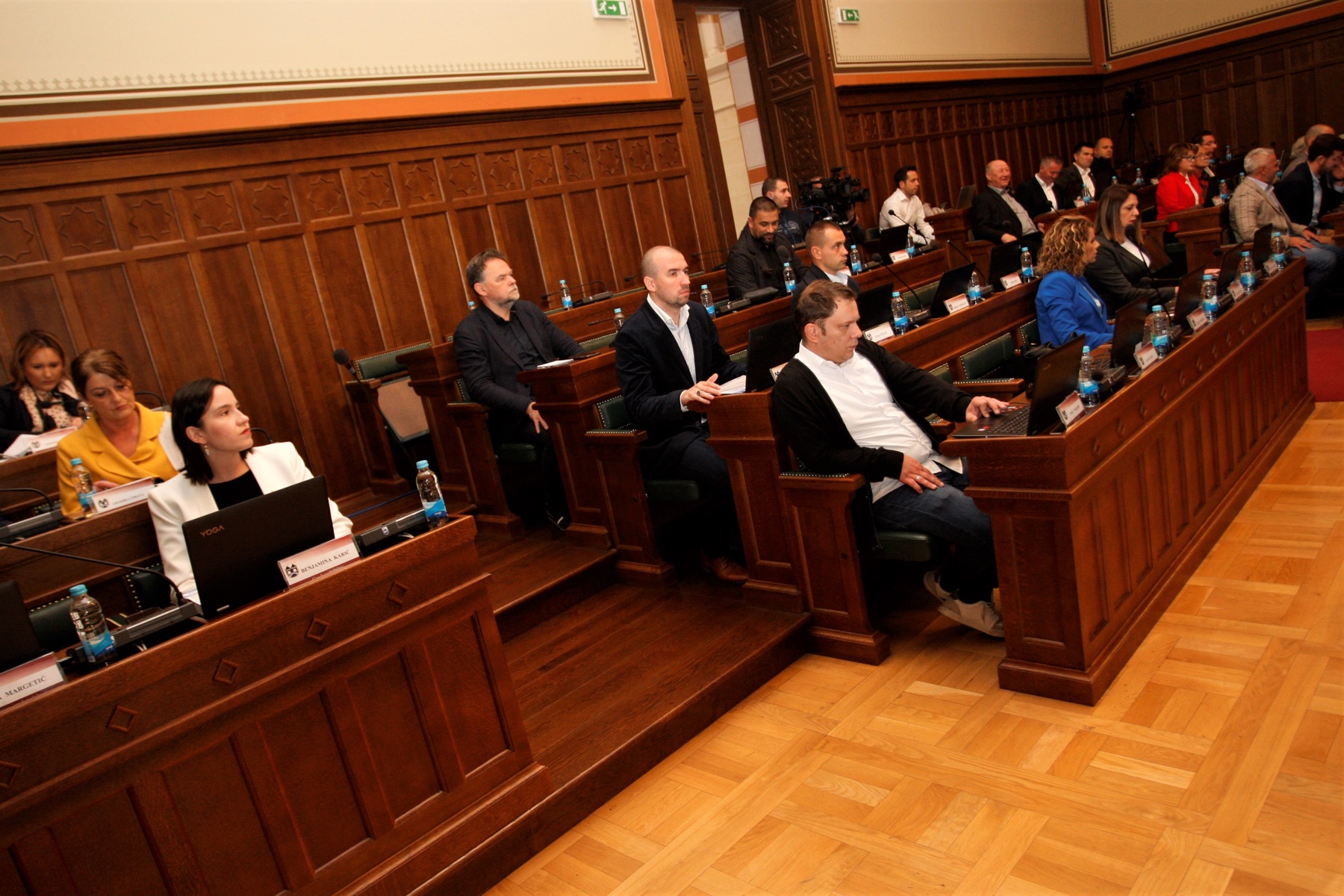 At the end of the session, several counselor questions and initiatives were addressed. Thus, city councilor Adi Škaljić took the initiative to improve the left bank of the Miljacka river bed, between the Otoka settlement and the Otoka stadium/Istiqlal mosque.

City councilor Vedad Deljković also submitted an initiative for the City of Sarajevo to allocate funds to purchase a book collection for equipping the library and reading room of the Mechanical Technical High School.

The Deputy Chairman of the City Council, Mirela Džehverović, launched an initiative to establish an open library – “take it and leave it” in the area of ​​the city of Sarajevo, but with a construction that, compared to before, will be such that it can be used in all weather conditions.

City councilor Seid Škaljić, among others, submitted an initiative to the Ministry of Health of Sarajevo Canton to return the treatment of children up to the age of 18 to the jurisdiction of the School Department of the Health Center. He explained the initiative as the need to show the particular sensitivity of the community for young people, bearing in mind the conditions in family medicine clinics, where children are now treated from the age of 14. 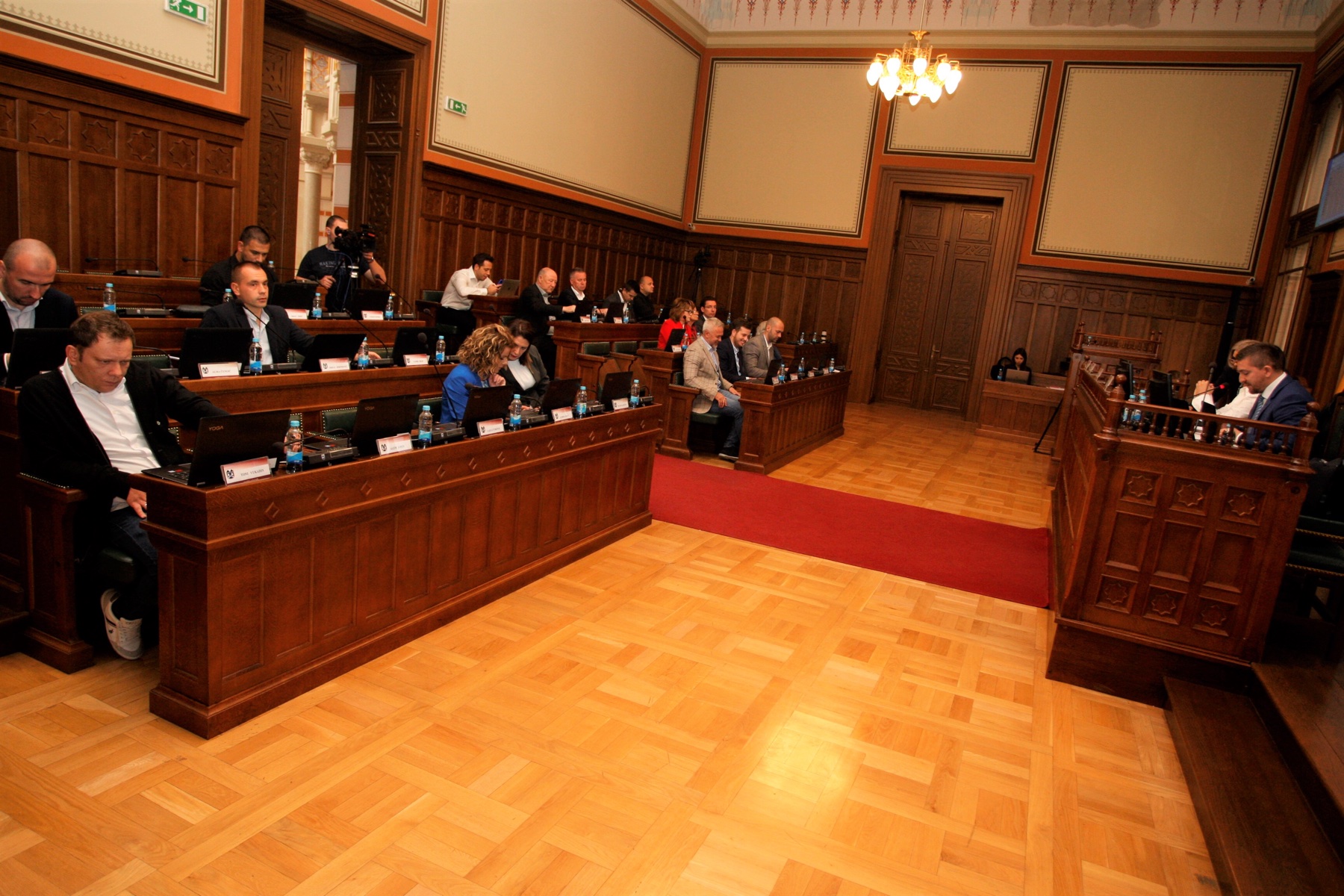