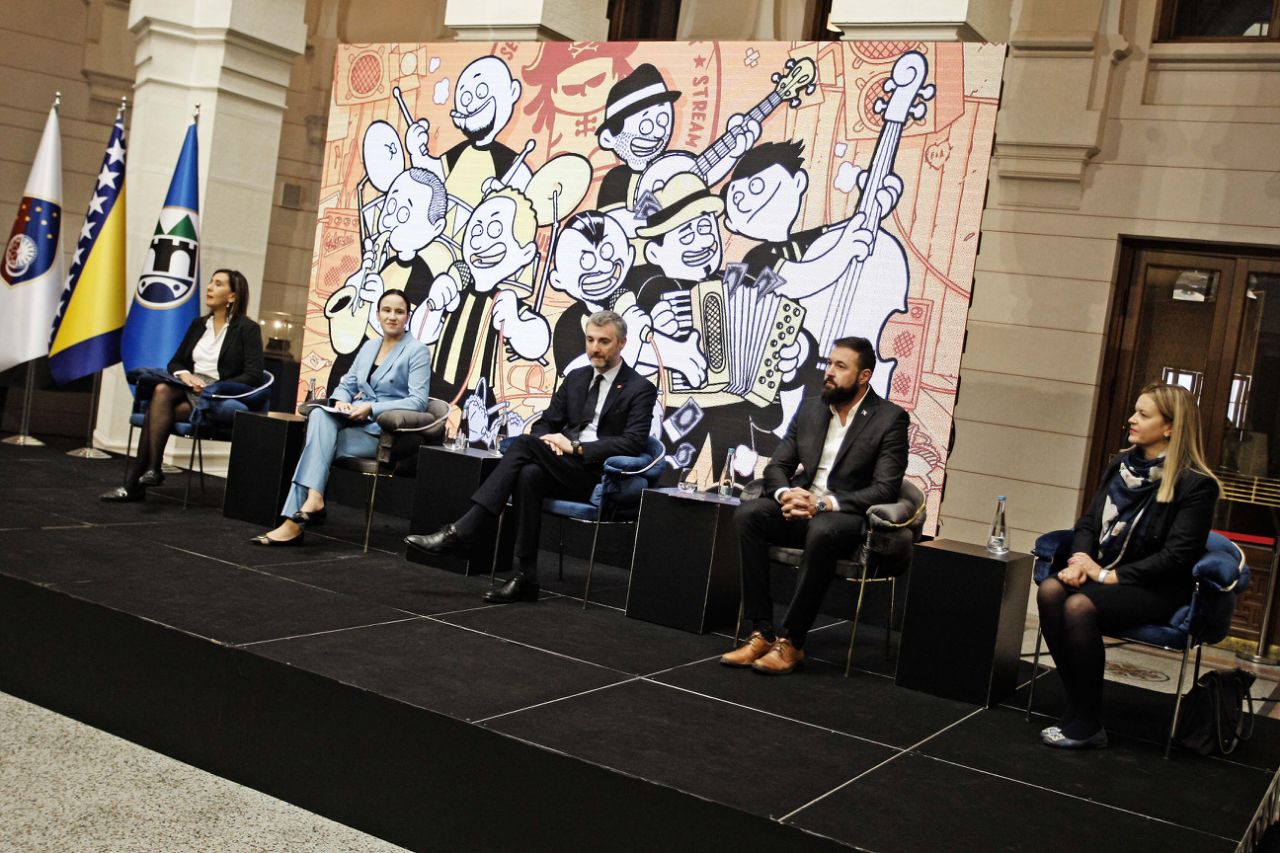 At the press conference, which was held today in the City Hall, the concert of the band “Dubioza kolektiv” was announced, with which the citizens and guests of Sarajevo will welcome the New Year 2023.

The representatives of the institutions participating in the organization of the event: Prime Minister of the Sarajevo Canton Government Edin Forto, Mayor Benjamina Karić, Deputy Chairman of the City Council Mirela Džehverović, Director of the Sarajevo Canton Tourist board Kenan Magoda and Maja Arslanagić-Kalajdžić, professor at the Faculty of Economics in Sarajevo all addressed the present representatives of the public information media. 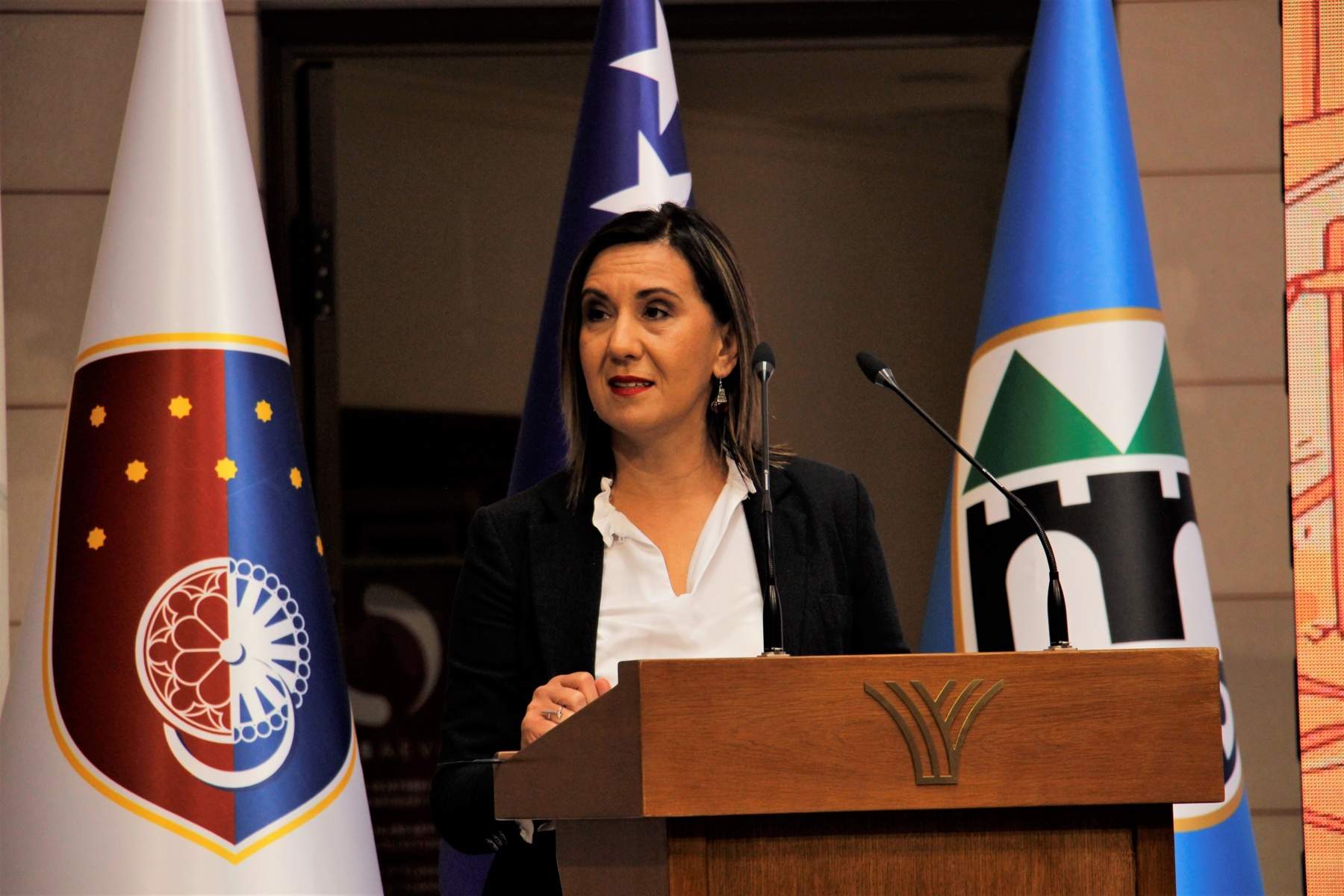 With an invitation to fellow citizens and guests to join the public celebration of the New Year in Sarajevo, the deputy chairman of the City Council, Mirela Džehverović, emphasized the commitment of the City of Sarajevo to return the public celebration of the New Year to the streets of Sarajevo after the pandemic, which took its toll on every aspect of society and reminded of the multiple benefits of the organization of this event: economic, cultural and social.

She added the efforts of the City of Sarajevo to always offer the best and thereby position Sarajevo as a cultural center not only of the Western Balkans but also beyond. She wished the guests to bring back good stories and memories from Sarajevo. 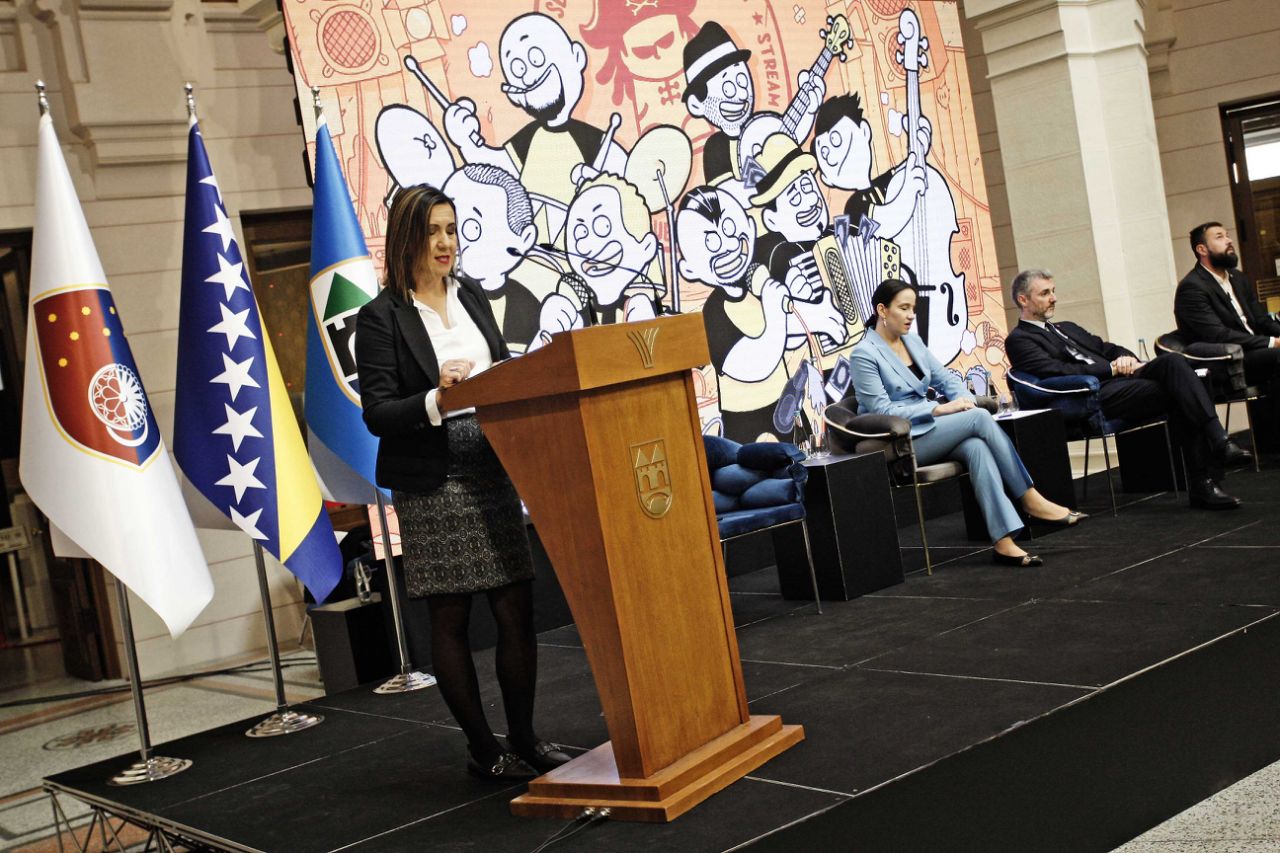 She introduced the performers with the words: “The Dubioza kolektiv is an example of a work ethic that is worthy of respect and proof that our creative industry can find its place on the contemporary international stage if it acts bravely, decisively, persistently, freely and inspiringly.”

She ended her speech by inviting her fellow citizens and guests to spend the “craziest night” in Sarajevo, adding: “The New Year is a new beginning, and there’s no better way to start it than with our domestic brand that is recognized all over the world – “Dubioza kolektiv.” 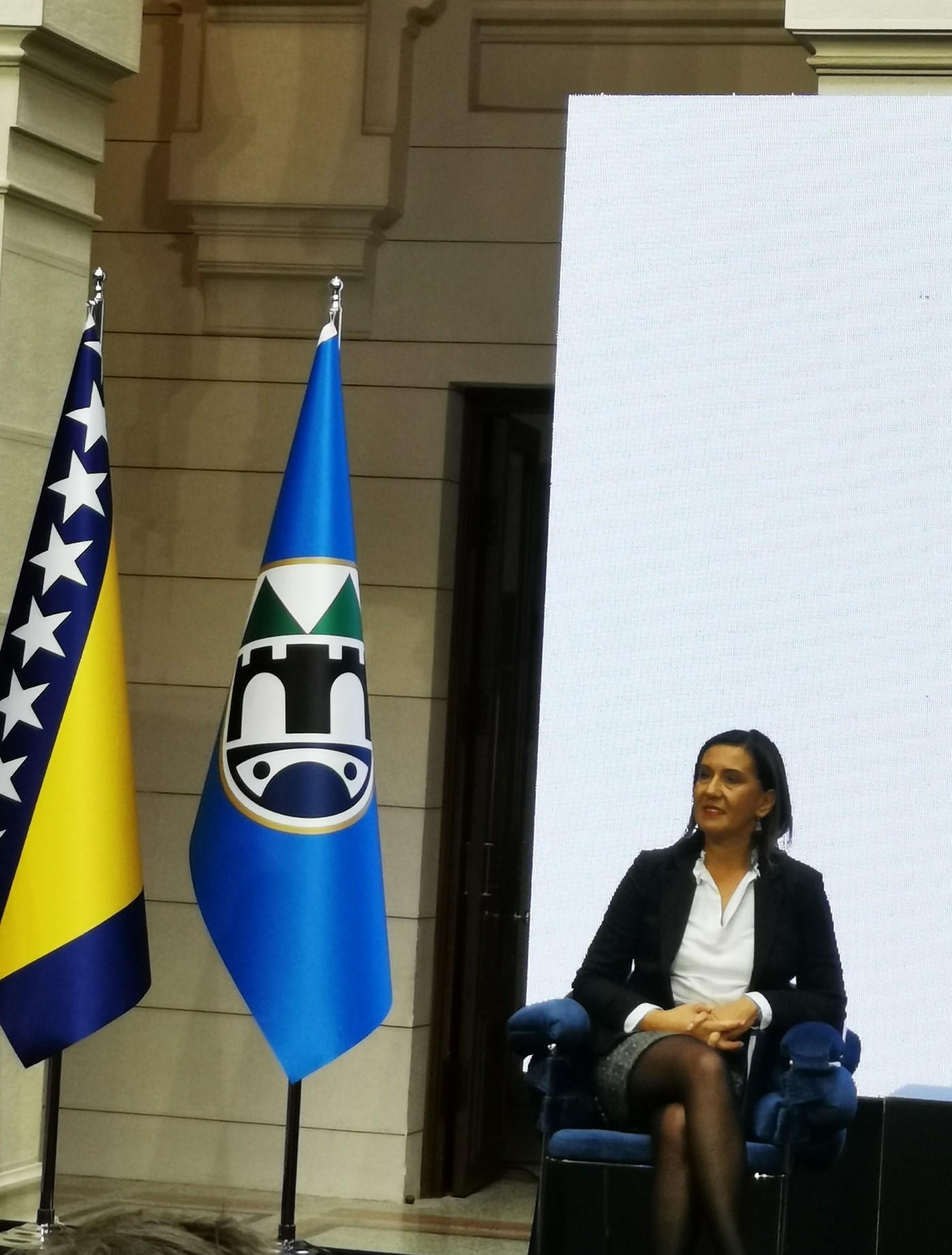