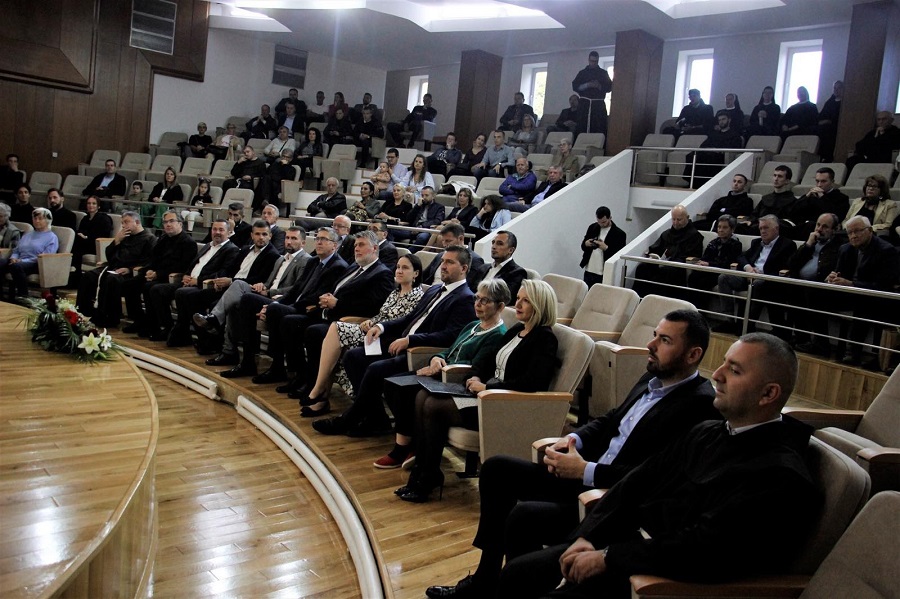 Franciscan Theology in Sarajevo, one of the oldest educational institutions in Bosnia and Herzegovina, opened its doors today to numerous dignitaries, including representatives of the cantonal, city, and municipal authorities in Sarajevo, to mark a significant event together.

Thanks to donors from Switzerland and the help of the Government of the Canton of Sarajevo and the City of Sarajevo, the amphitheater in the building that came out of the war wholly devastated was restored after many years. Professor and economist at Franciscan Theology, Friar Emanuel Josić, on behalf of the host, thanked the ministers in the Sarajevo Canton Government, Samir Avdić and Enver Hadžiahmetović who, after a number of years, directed the Government to recognize the importance of the renovation project and allocate significant funds for the completion of this project. But also to help repair the building’s roof, which had been leaking for years. He thanked dr Samir Bejić for his initiative and persistence to convey the need and connect Franciscan theology, the Government of Sarajevo Canton, and the City of Sarajevo on this project.

He also thanked the City of Sarajevo, headed by Mayor Benjamina Karić, and the Chairman of the City Council, who, among others, addressed the gathering. 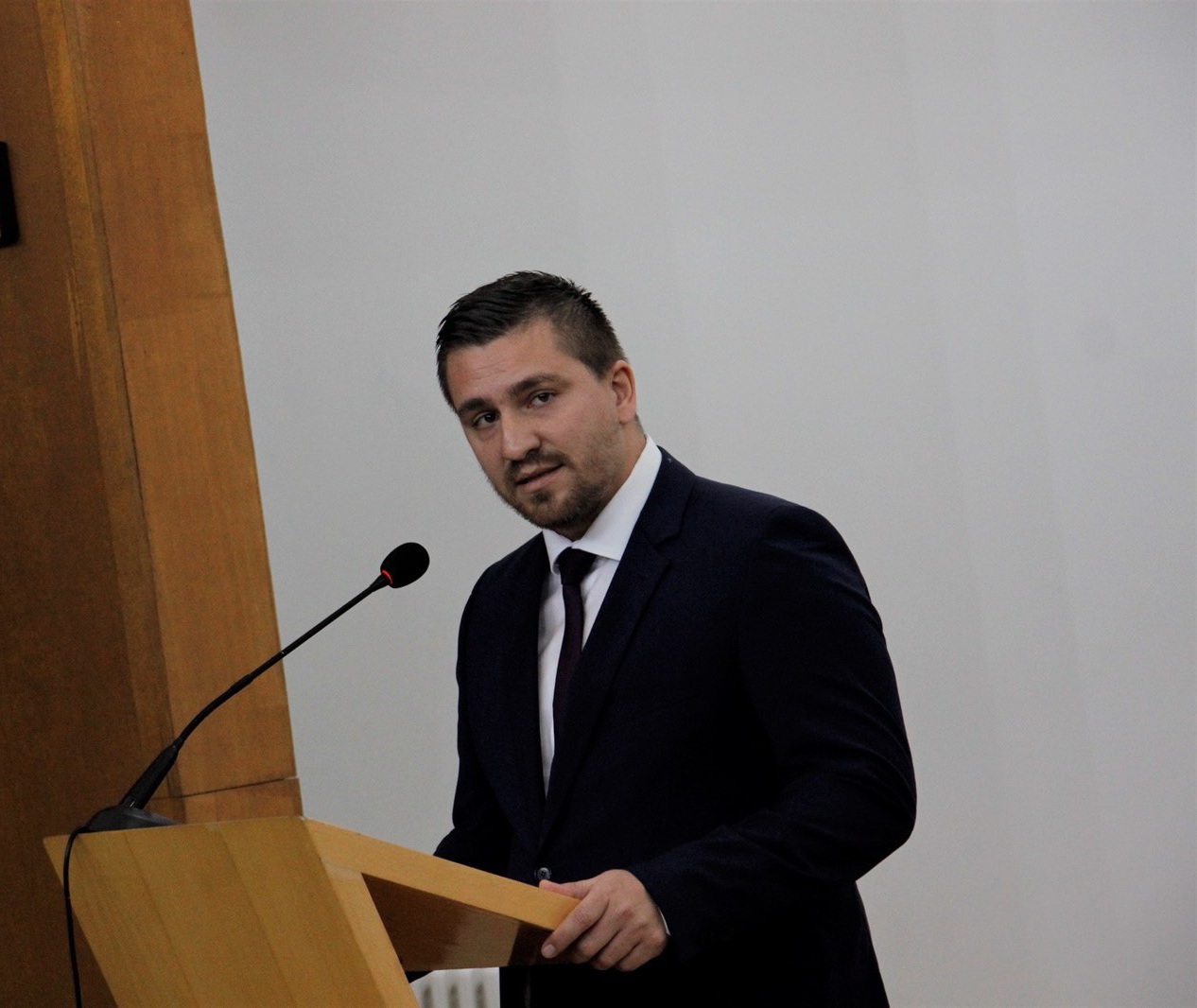 The Chairman of the City Council, Jasmin Ademović, expressed his pride that he was among the individuals who, each in his way, contributed to the restoration of the amphitheater – a place of exchange of knowledge, experiences, and socializing that will indeed serve many generations of students well.

He particularly pointed out the involvement of the city and municipal councilor, Dr Samir Bejić emphasizing that without his initiative and activity, this kind of support from government representatives for this project would not have been realized. “Samir regularly reminds us that there is good in people,” stressed Chairman Ademović. 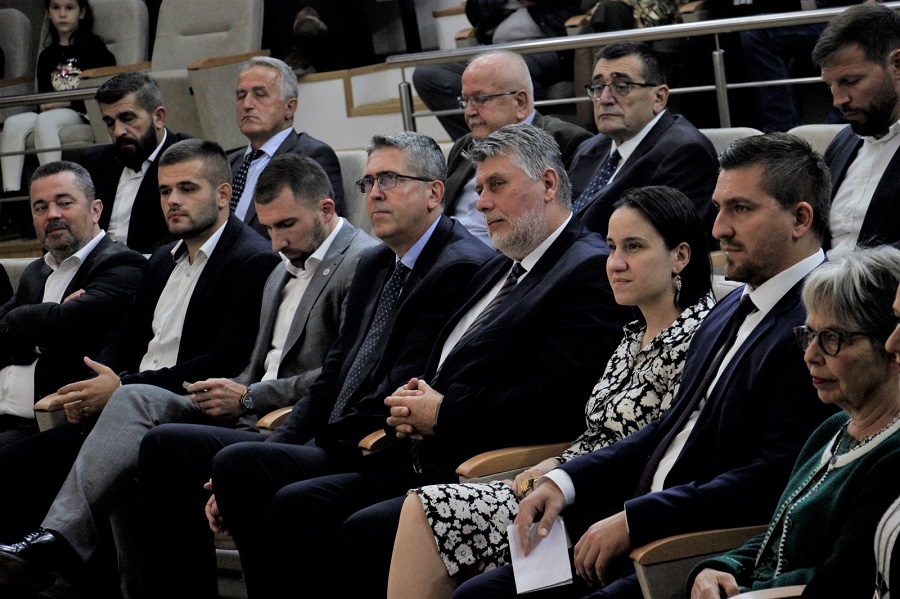 He thanked Mayor Karić, who accepted and carried out this initiative of the City Council without hesitation.

Finally, he emphasized the commitment of the City of Sarajevo to continue and improve cooperation with Franciscan theology and the Bosnian Franciscans. 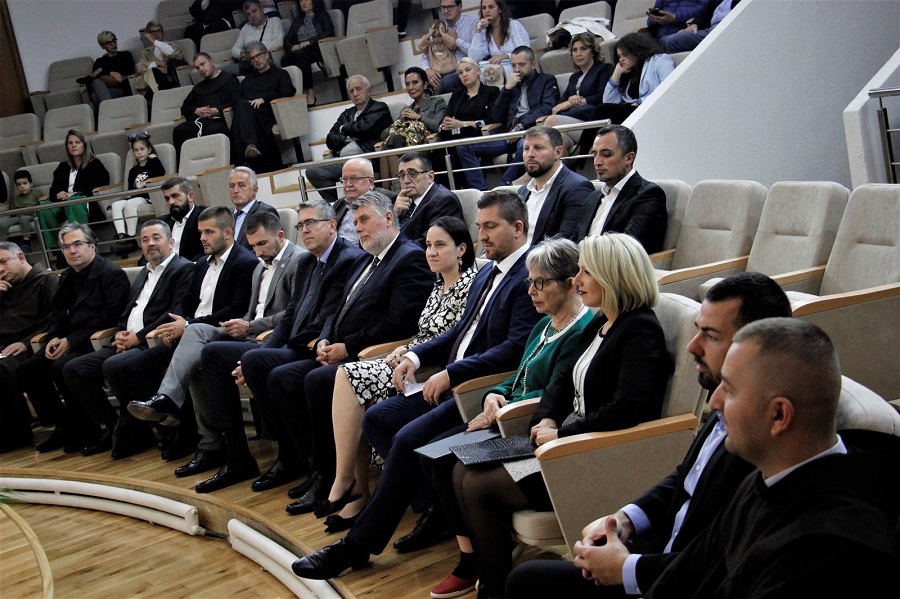