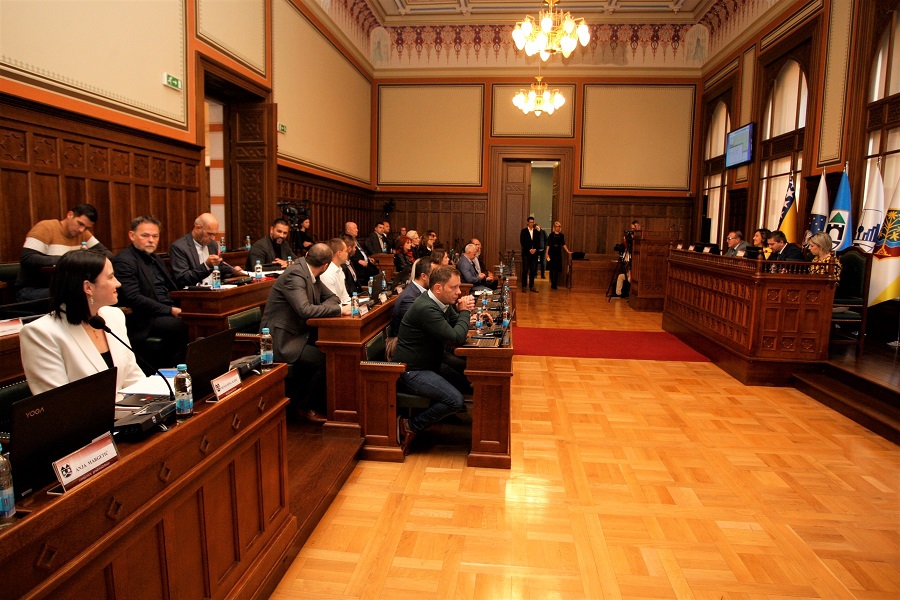 The work of the session according to the adopted agenda began when, on the proposal of the city councilor Toni Vukadin and the occasion of certain public statements made by the President of the Republic of Croatia, Zoran Milanović, regarding Bosnia and Herzegovina, the City Council of the City of Sarajevo considered the Declaration on condemned the attitudes of Zoran Milanović towards Bosnia and Herzegovina, which he considers “disproportionate and harmful to the relations of two friendly countries.” After a discussion in which city councilor Adi Škaljić made specific comments on the proposed text of the Declaration, city councilor Toni Vukadin, as an authorized proposer, suggested that the debate on the proposed action be postponed to shape the Declaration to have it supported by consensus by all city councilors. The City Council adopted the presented proposal on deferring the discussion. 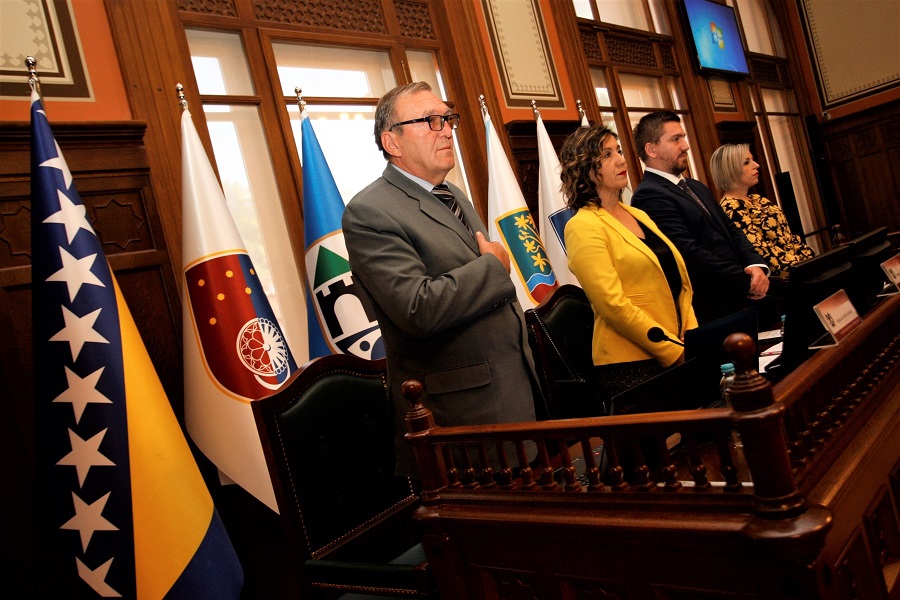 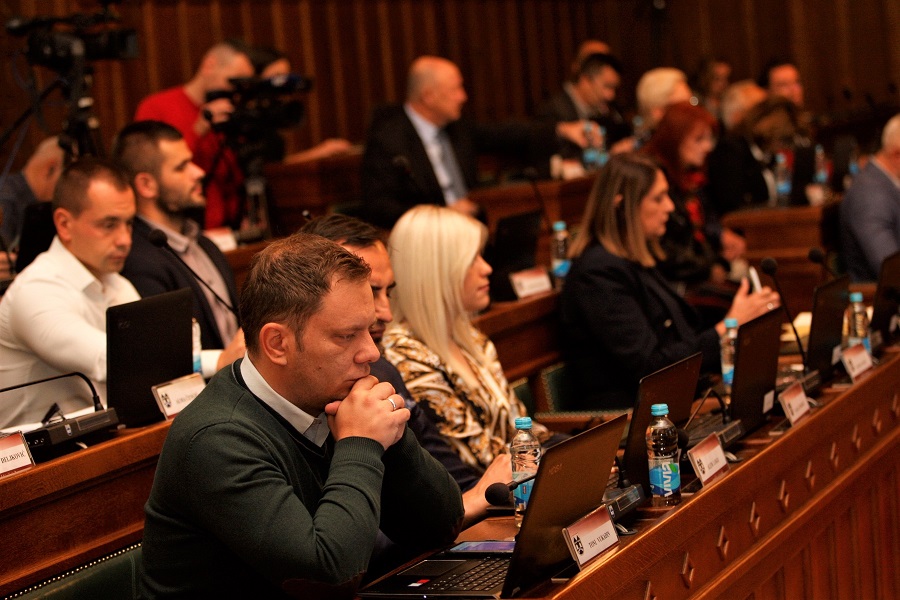 The city councilors adopted the Decision to consent to the Program of Activities for the Day of Commemoration of the Victims of Genocide in Srebrenica for the year 2023.

By adopting the Decision to give consent for the participation of the City of Sarajevo in the European Capital of Democracy program, the City of Sarajevo expresses its readiness to make its immeasurable contribution to the development of democracy in Sarajevo, Bosnia, and Herzegovina, and through cooperation with other European cities and in Europe. 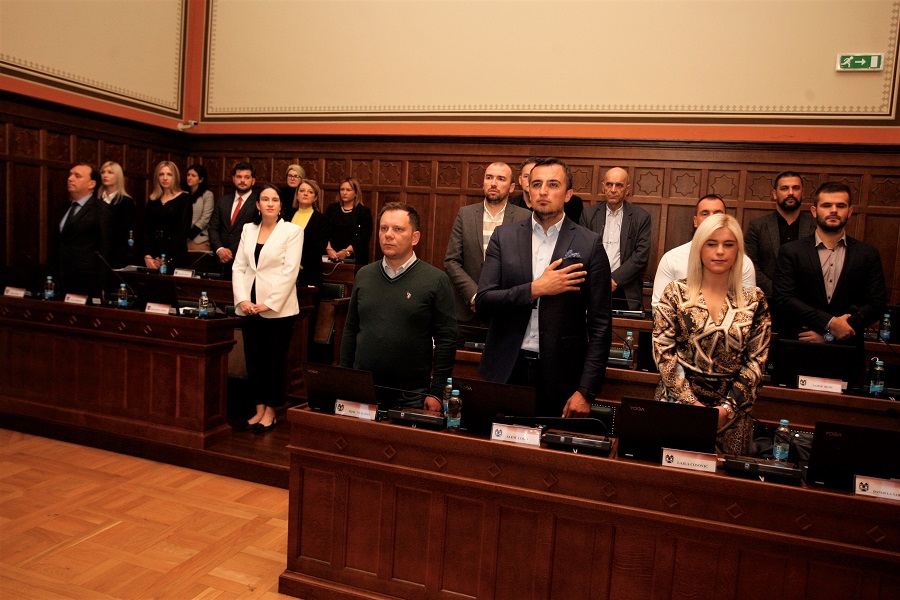 In the continuation the session, the Decision on annulment of the Decision on the lease of business premises in Dejzina Bikića street number 4, entrance three was adopted of.

The city councilors considered and adopted the Report on the execution of the Budget of the City of Sarajevo for the period 01.01.-30.06.2022. years.

Then the drafts of the Decision on commemorating the Day of Remembrance for the Victims of Crimes against Humanity in Prijedor and its surroundings, the Decision on the adoption of the City of Sarajevo Plan for the prevention and reduction of food waste and food losses in 2023-2026 were discussed. Years and the Code of Ethics of the elected and appointed officials of the City of Sarajevo and referred to the public discussion by the conclusion.

The session was attended by Samra Ramić in front of the OSCE Mission in Bosnia and Herzegovina, which, among other things, advocates the adoption and application of ethical codes of elected officials at all levels of government.

Information on the implementation of the Youth Action Plan was received.

Information on the semi-annual work and operations of the Public Enterprise for the Management, Protection, and Maintenance of the City of Sarajevo’s facilities and performing communal and other activities of public interest of the City of Sarajevo “Sarajevo” limited liability company, JP “Olimipijski brazen Otoka” d.o.o. Sarajevo and Public Institutions “City Museums.”

The City Council also received Information on the status of the registration of ownership rights of the City of Sarajevo regarding the real estate – the object of the Administrative Building of the DPO, which the public is already aware of.

City councilors and the public were informed about the justification for investing budget funds in the organization of a public New Year’s celebration. Analysis of the Sarajevo Economic Institute explained by prof. Ph.D. Maja Arslanagić Kalajdžić confirmed the justification of investing budget money in this event and gave a projection of the justified amount of investment for the public New Year’s celebration in 2023, as well as the following years. 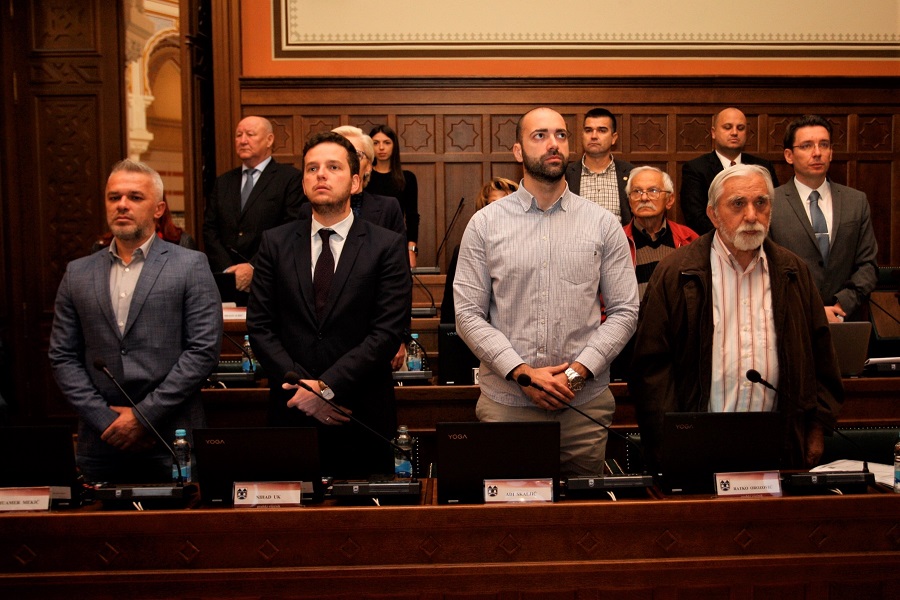 At the end of the session, several counselor questions and initiatives were addressed.

The initiatives of the deputy chairman of the City Council, Dr. Dragan Stevanović, initiated a better presentation of the historical sights of Sarajevo, especially the sites and artifacts of the Butmir culture and those from the Roman period. The fact is that Sarajevo is not recognizable as a location with a continuity of organized human communities for thousands of years.

In addition, the installation of appropriate billboards has been initiated, which will direct citizens and tourists to the national monuments of Bosnia and Herzegovina from all later periods, which bear witness to the various influences on the fabric of Sarajevo.

The Chairman of the City Council, Jasmin Ademović, also sent a council question to the Mayor, which refers to the search for a solution in a situation where the City of Sarajevo is unable to adopt regulatory plans and in connection with the conclusion of the Assembly of the Canton of Sarajevo on the application of the results of the study on the protection of ventilation corridors by which they commit plan makers to apply measures for the protection of ventilation corridors from the analysis above when making plans. It follows that such a conclusion is above the Law on Spatial Planning of the Canton of Sarajevo, that is, the Spatial Plan of the Canton of Sarajevo 2003-2023. and planning and normative solutions from the Urban Plan for the urban area of Sarajevo (Stari Grad, Centar, Novo Sarajevo, Novi Grad, Ilidža, and Vogošća) until 2015, and it should not be.